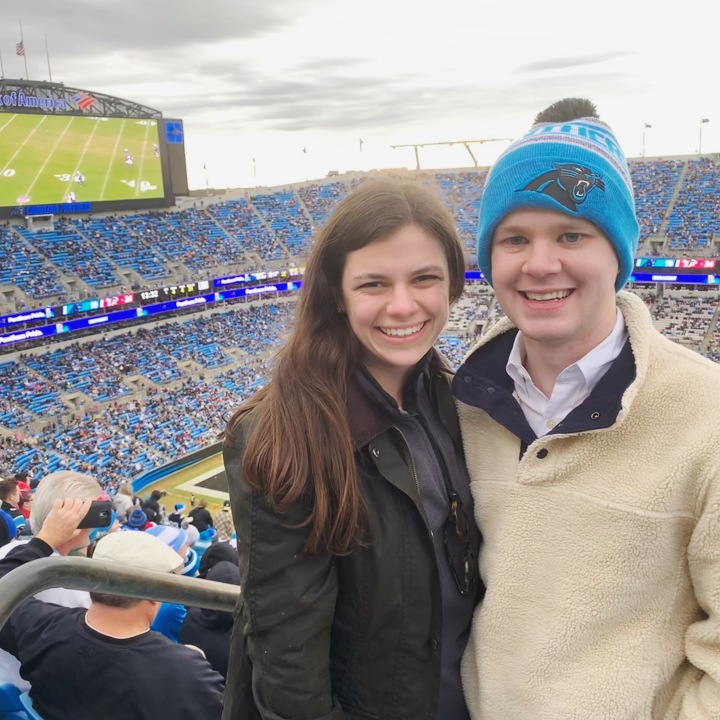 H and I talked about going to a Panthers game in Charlotte, since last year we went to an away game in Foxborough, but we had trouble planning a weekend trip since the games were all on Thursday nights, Sundays, or Monday nights. I saw that they were playing the Falcons on the Sunday before Christmas, and we decided to drive to Charlotte for the game as part of our convoluted weekend-before-Christmas plan.

We left DC early Saturday morning, stopped in Richmond for a Christmas get-together, and then drove the rest of the way to Charlotte. I had made a reservation for a late dinner at Aria, an Italian restaurant we love, since we knew we would get to Charlotte late on Saturday. We just had time to check in at our hotel uptown, shower and change after our long day in the car, and walk to the restaurant. Since I had all the clothes I was bringing home for Christmas with me, I dithered about my outfit and finally decided to wear a classic black-and-white dress and neutral heels. Instead of a coat, I wore a fun faux-fur vest (tragically not pictured)—DC had been unseasonably warm and Charlotte was even warmer. 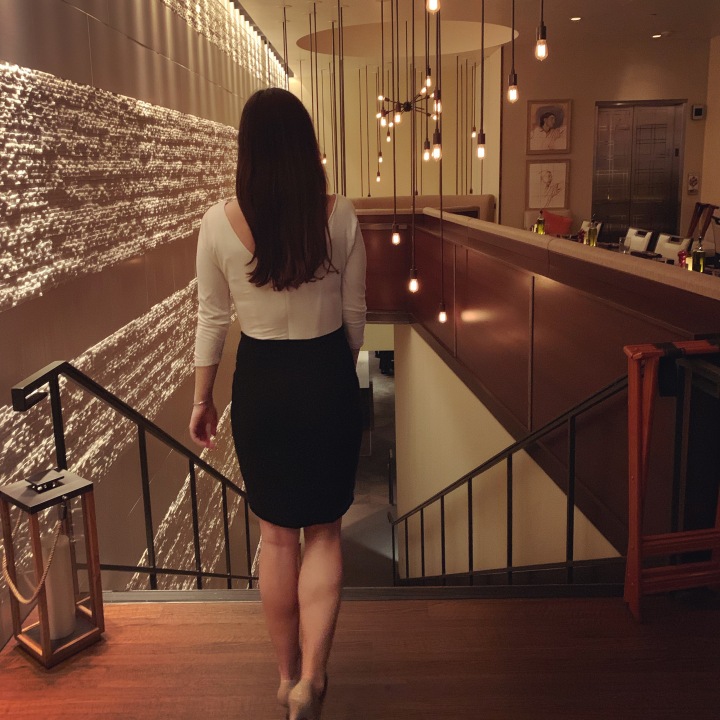 Aria was amazing as always—we enjoyed delicious pasta and wine and sat upstairs where we could still hear the live music from downstairs. Aria’s building is connected several other corporate buildings in the same block, so we wandered through them after dinner, looking at Christmas decorations. We walked back to the hotel through uptown, which was hopping as always on a Saturday night and decorated for Christmas with a big Christmas tree and lots of Christmas lights. 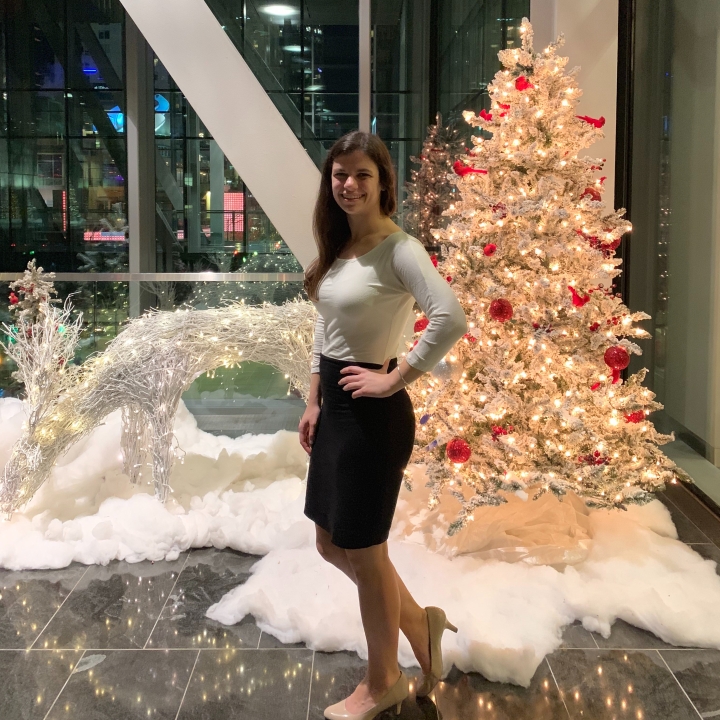 We scarfed down breakfast at the hotel and went to church before the game, even though we knew the timing would be tricky, to make sure we saw family friends in Charlotte. Afterwards, we changed quickly and walked to the stadium, along with hundreds of other fans milling the streets of uptown. We got to the game and hightailed it to our seats, climbing the stairs as the national anthem was playing and sitting down just before kickoff.

Even though we didn’t play well, I loved the energy of being at the game supporting the team with tons of other fans. H and I were disappointed when the Falcons won, but glad we stayed until the end in case the Panthers managed to turn things around. The worst part of the day, though, was walking back to the hotel with a bunch of Falcons fans from out of town crowing about their win.

The forecast for Sunday said it would be above freezing but might rain, so I wore my Panthers jersey (of course), jeans, Bean boots, a fleece, and a Barbour jacket. The Bean boots protected me from the inevitable field of mud outside the stadium, and I put on my fleece and jacket when the clouds rolled in during the second quarter. 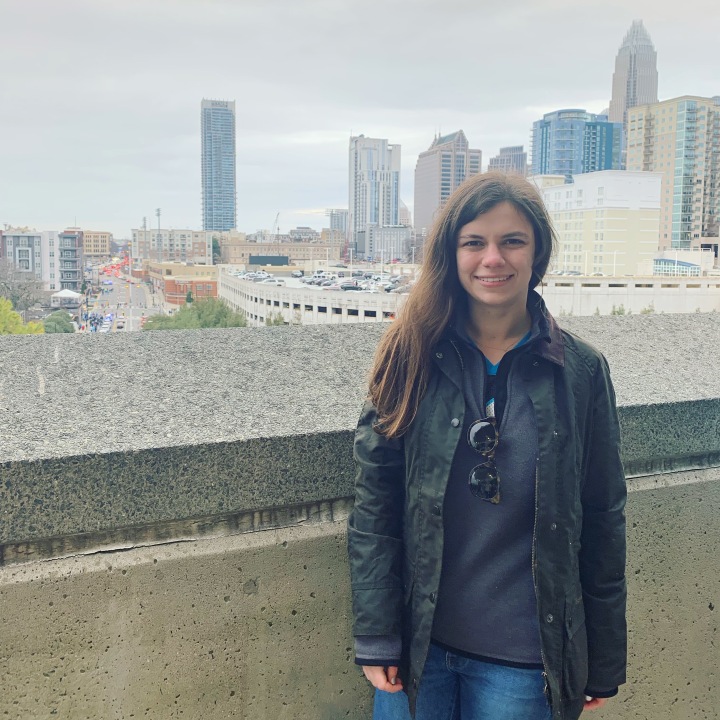 Have you been to an NFL game? Do you stay for the whole game even if it looks like your team is going to lose? Let me know in the comments!